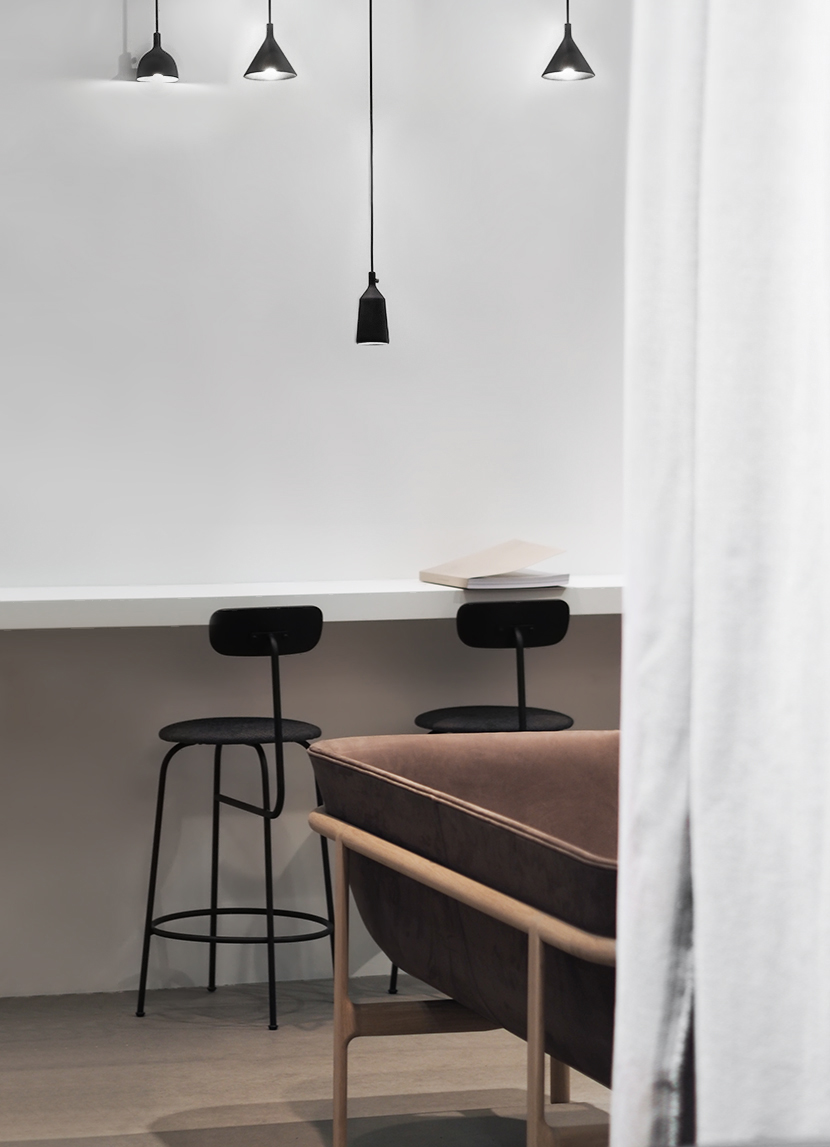 Today I will be sharing some of the news from Stockholm’s Furniture and Light fair I attended a few days ago. I had my camera out the whole time trying to get opportunities for photos in the crowded booths and while I didn’t think I would be lucky, when editing I realized I had more photos that I though so I will be splitting this post in two parts. I hope you enjoy my tour around my favorite stands in SFF17 !

I have already featured some of Menu’s news on the blog (check here for the press photos), so I was very much looking forward to seeing some of the much anticipated designs up and close, and I was not disappointed. The Tailor sofa (above) that is meant to be seen by all sides as per designers Rui Alves words was a delight see, while in the same photo we can catch a glimpse of the new Afteroom bar stool by talented young Taiwanese duo Hung-Ming Chen and Chen-Yen Wei and hanging above them the Cast Pendant which embodies Menu’s philosophy of soft minimalism. A detail on the far left of the same photo above reveals a new color/material  for the Pepe Marble Mirror designed by Studio Pepe and a closer look at the delicate Afteroom bar stool. On the last photo of the Menu highlights the much photographed front of the booth featured the September sofa designed by Theresa Arns. 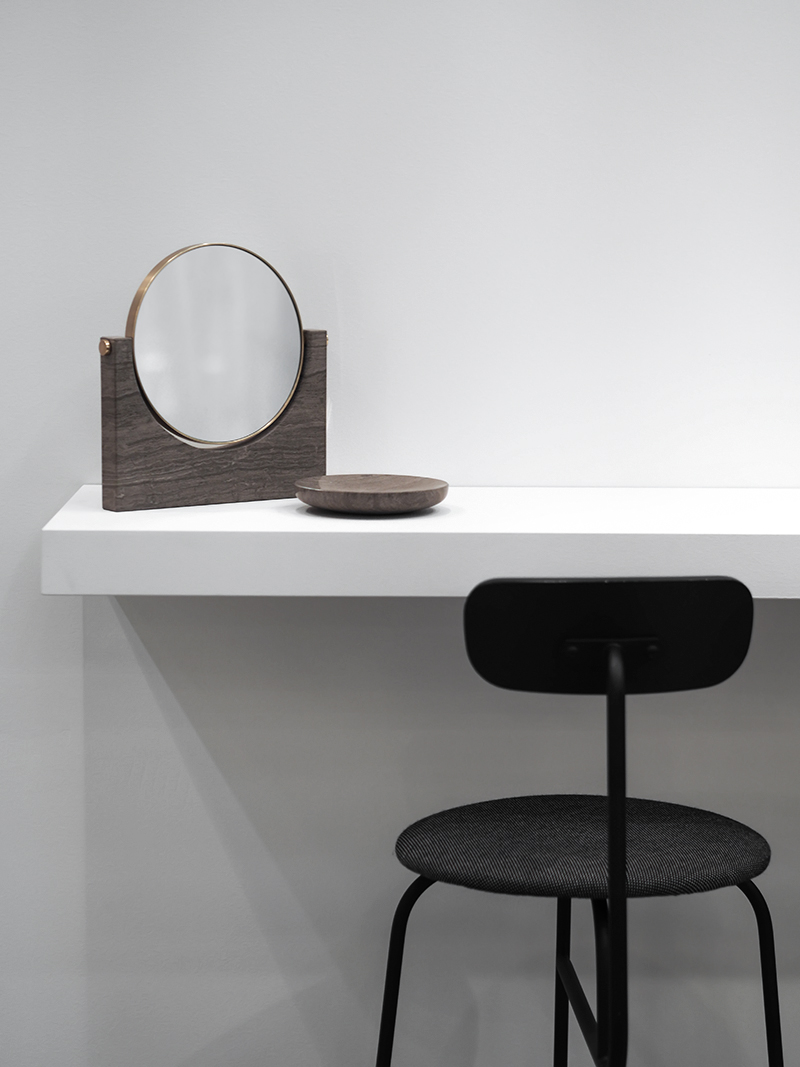 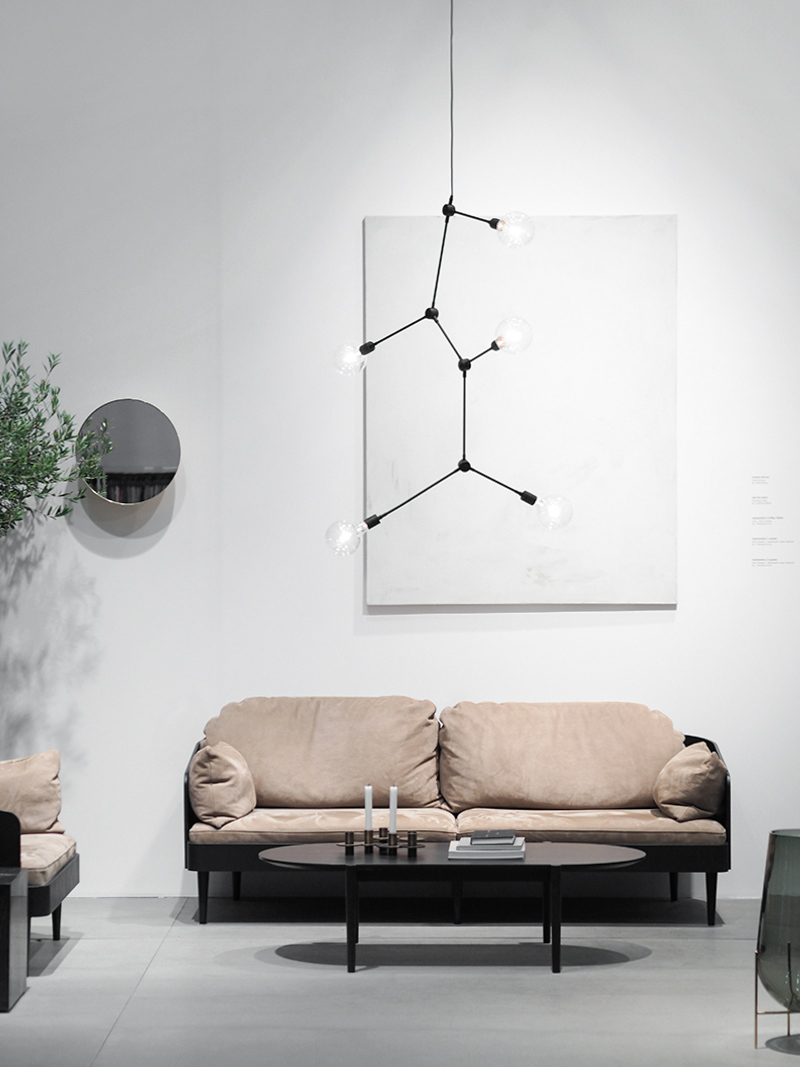 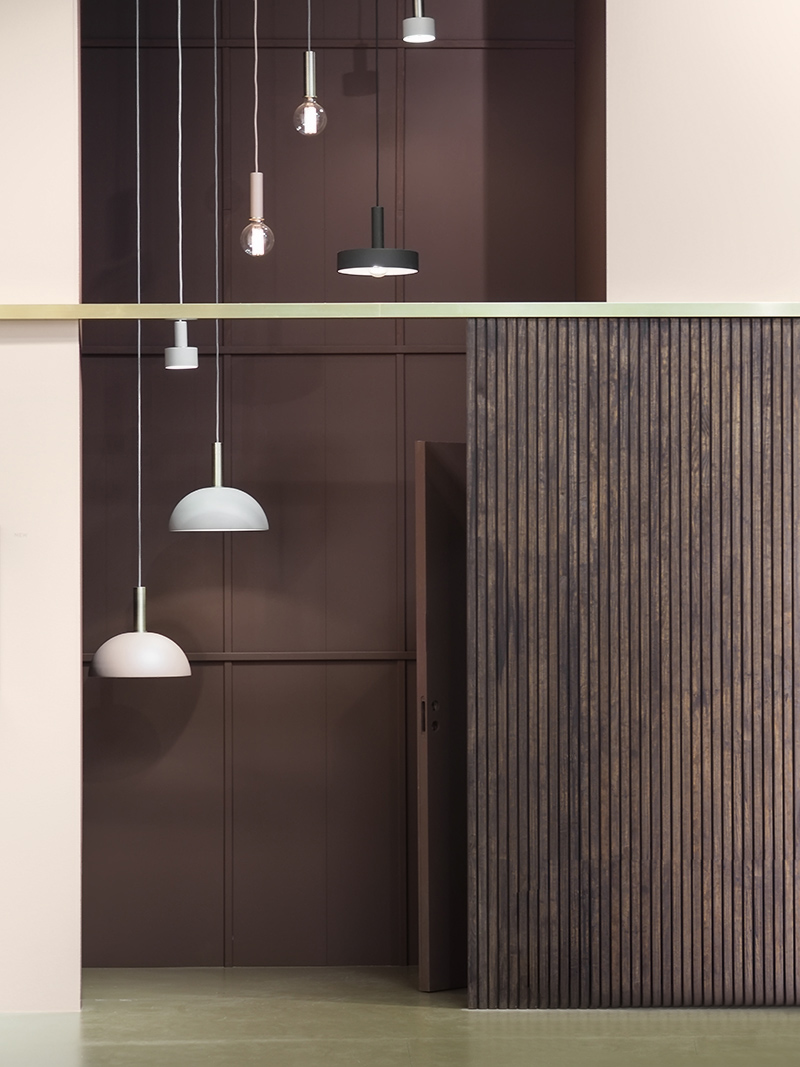 I was delighted to see a fresh design for the booth of Ferm Living as well (photo above taken in the Fair). Usually very visually crowded with news, this years design of the room allowed for more negative space which I felt brought an elegance that suited Ferm Living style. Among the news (photo below) we can see the Punctual shelf in new Rose color, while on the shelf the Buckle Jars in all 3 color variations, the new Medley Knit Cushions, Plant Box in Ochre and a glimpse of the Herman Chairs in the front of the photo (all news can be found at News – Living SS17). 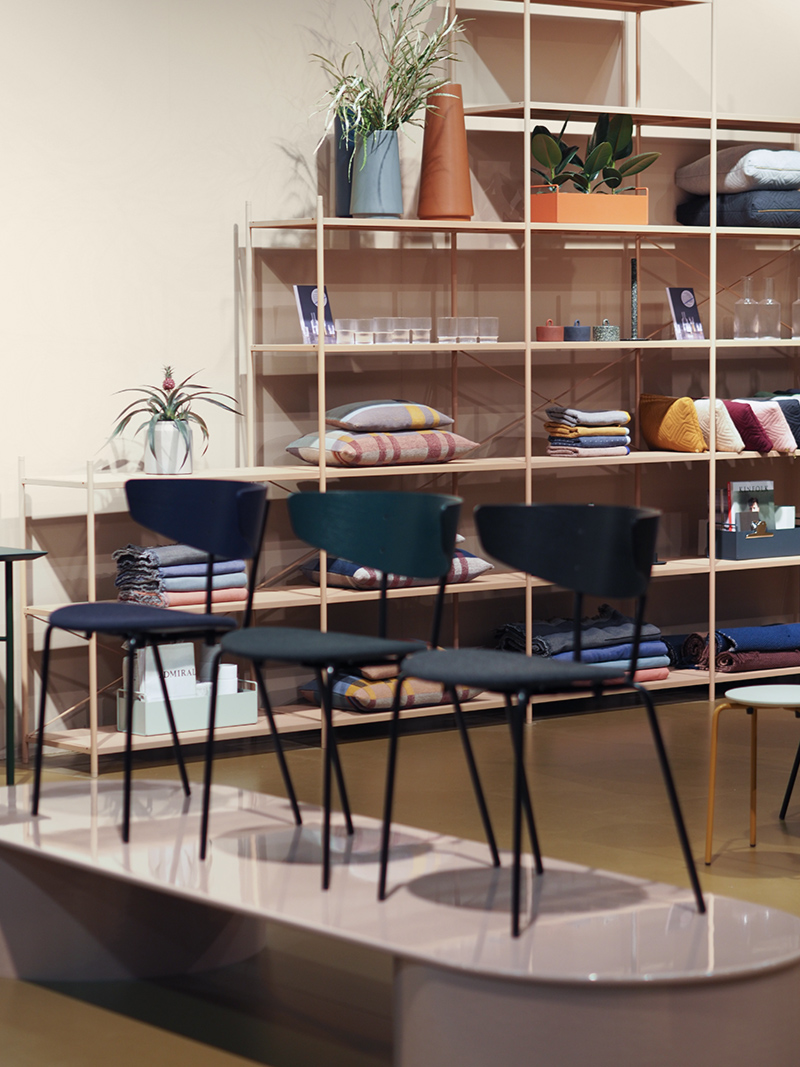 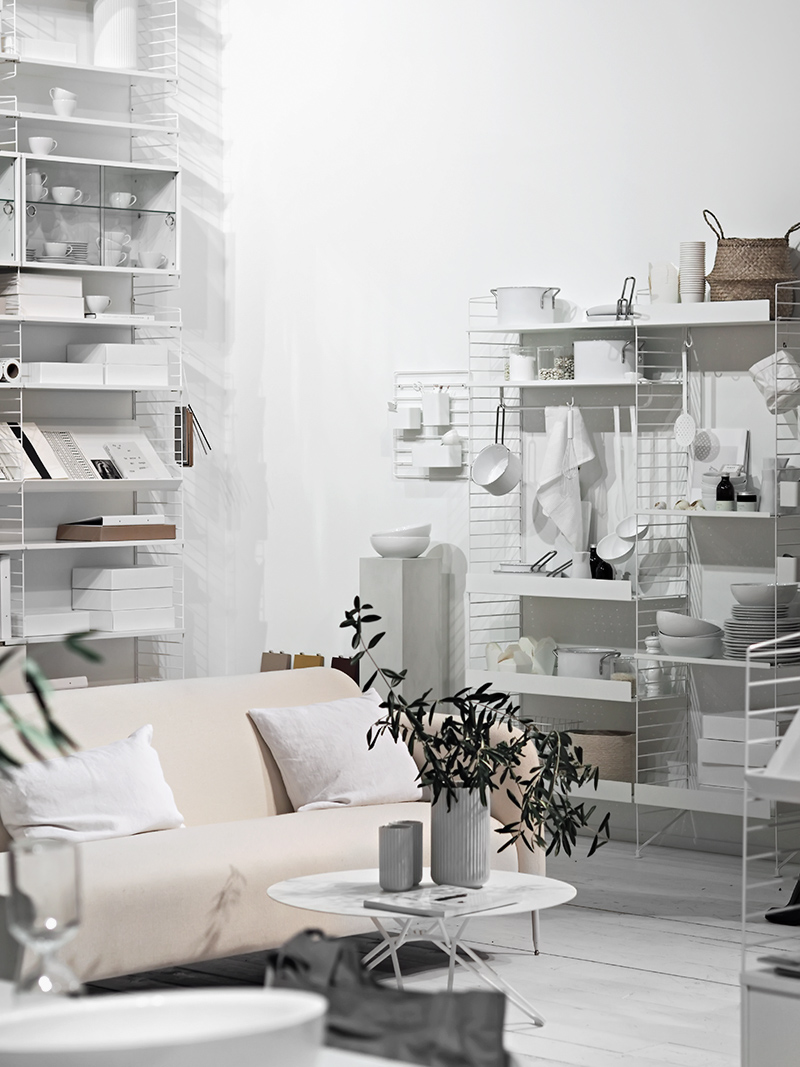 I could not help but stop at String and take some photos. This year the stand ,dressed in white, presents a contrast from their colorful press photos (as featured a few weeks ago on the blog), which I feel accentuated even more the lines and minimalism of the classic design. New shelves and new additions where incorporated neatly into the elegant space with the new wardrobe additions displayed beautifully on one of the walls (photo below). 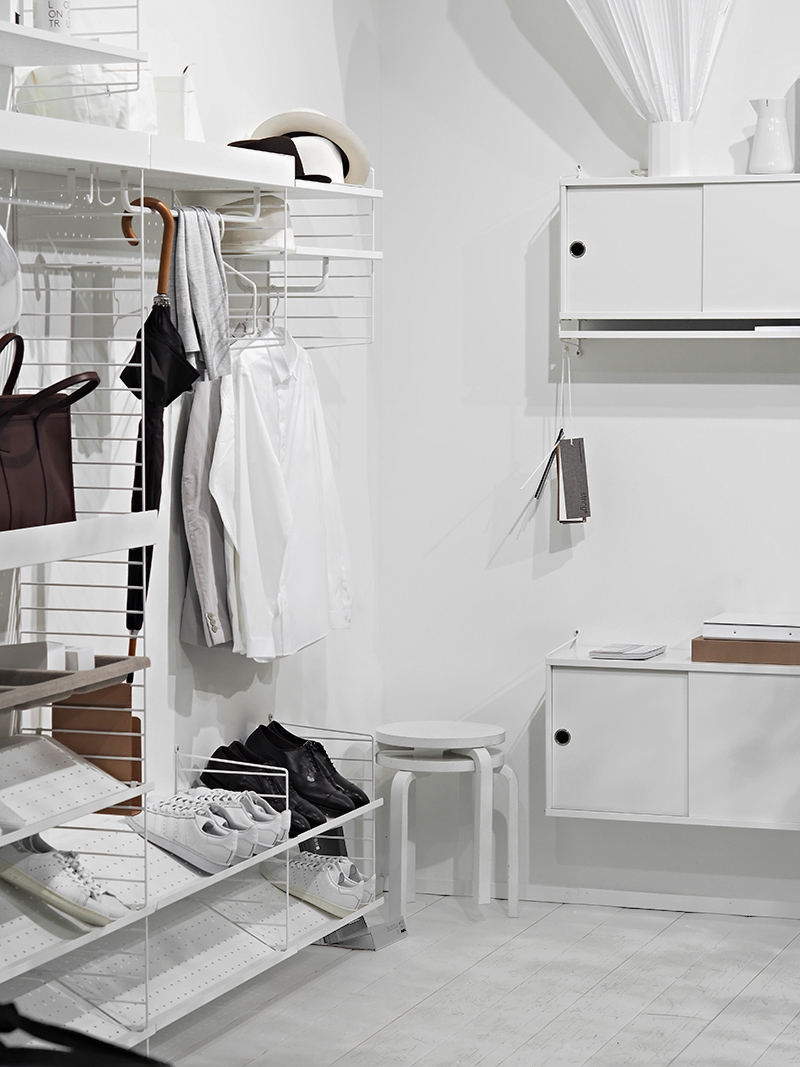 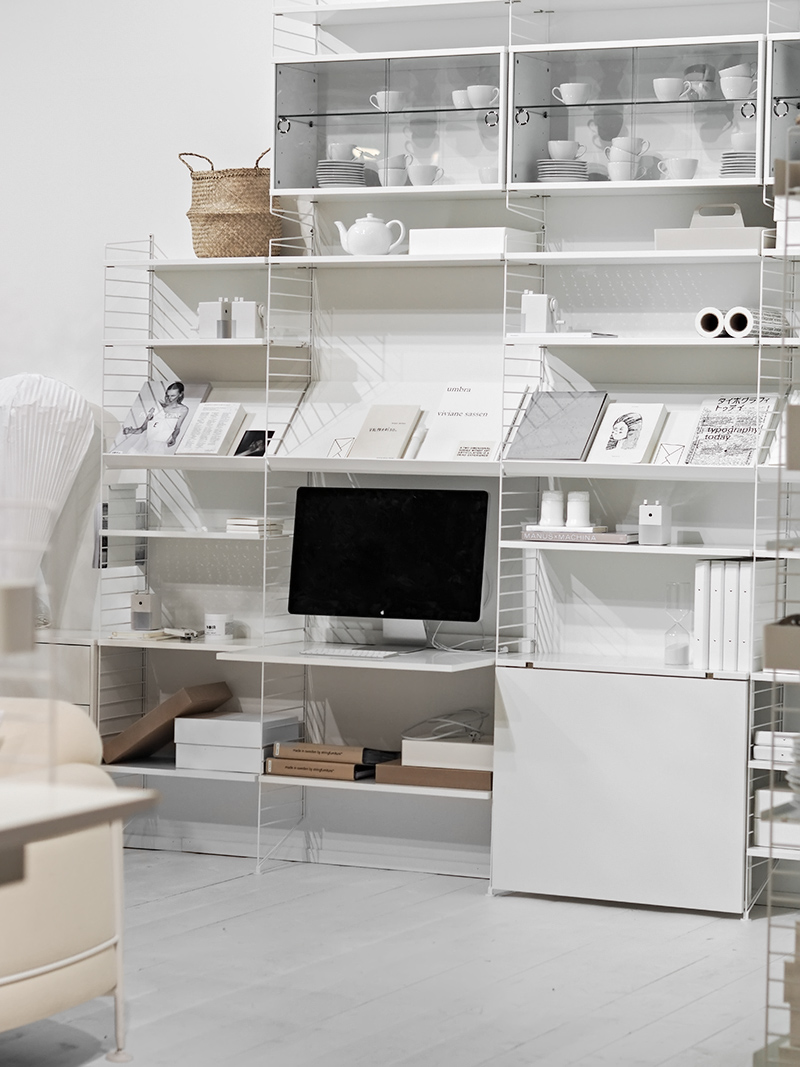 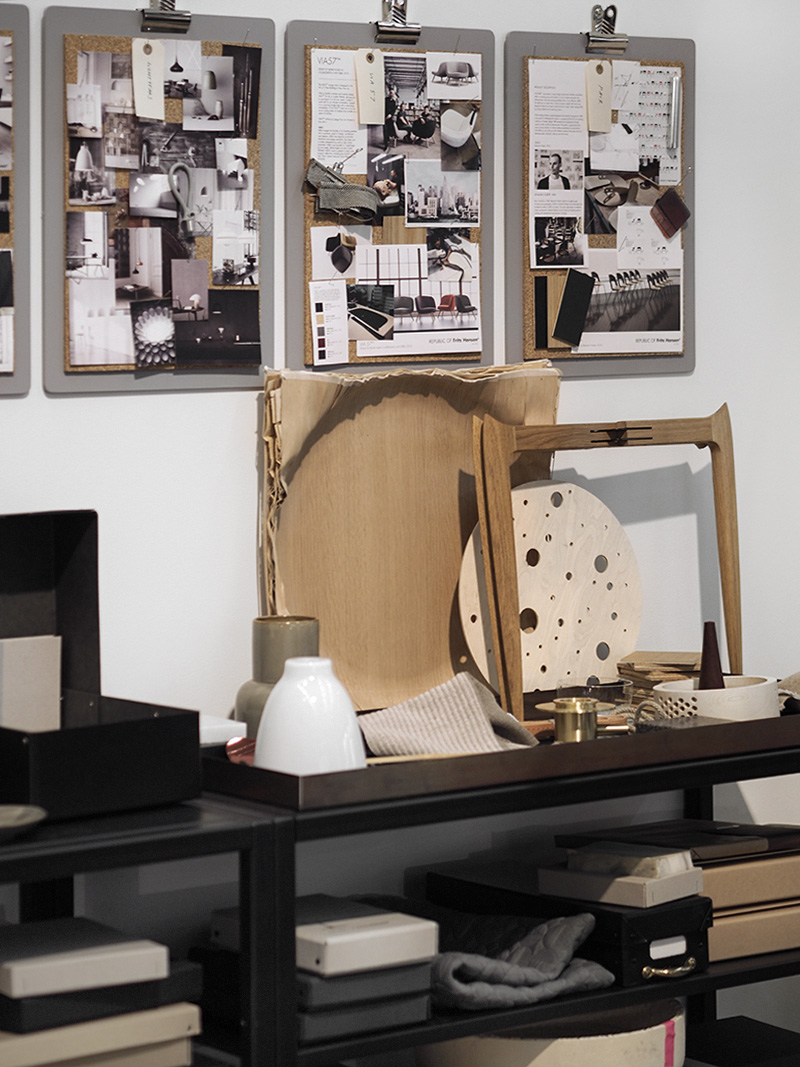 Fritz Hansen was always so crowded, a second visit was required in order to capture some of the highlights. As seen above the office of Fritz was re imagined and displayed as a cozy space with mood boards providing plenty of inspiration and an insight of Fritz Hansens world of design. Below Arne Jacobsens series 7 chairs gets a new colorful look. Fritz Hansen’s Choice 2017 is a new interpretation of Arne Jacobsen’s iconic Series 7 that imbues the functional, minimalist Danish design form with the soft, feminine colours of Japanese cherry blossoms.The shell of this special 2017 edition is available in two colours – a deep-red merlot and a serene, pastel nude – developed and perfected over time in the Fritz Hansen design studio to match the new rose gold coating on the four-legged base. 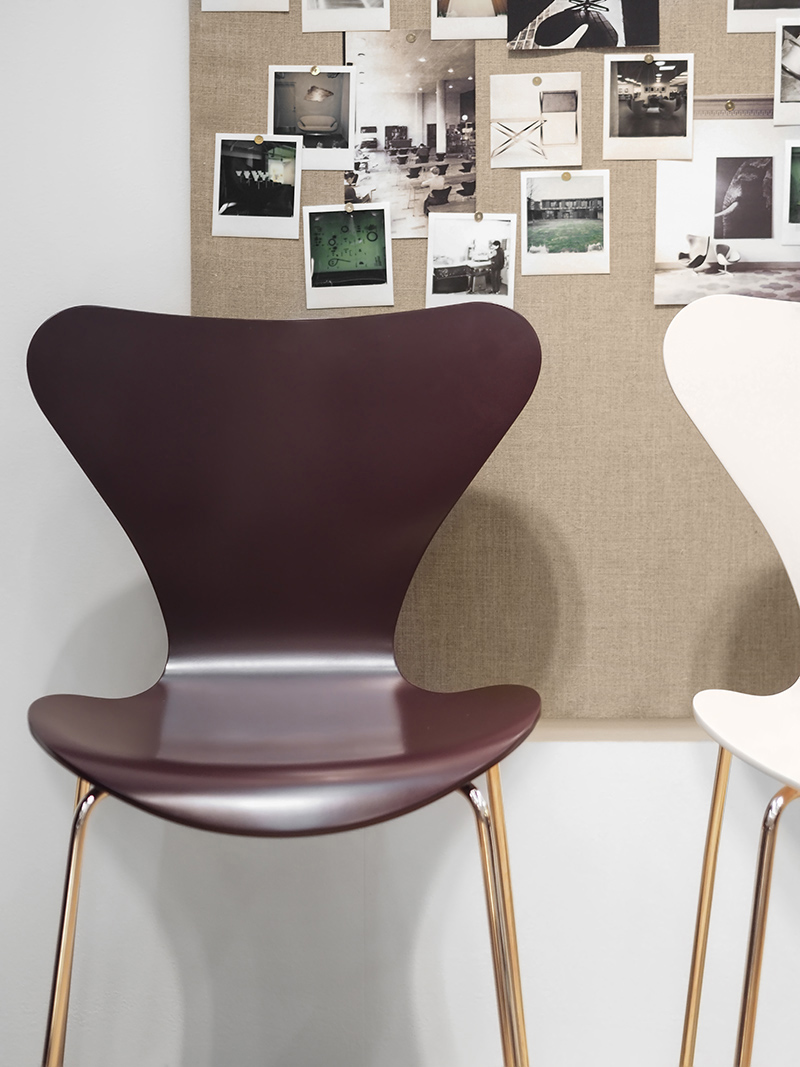 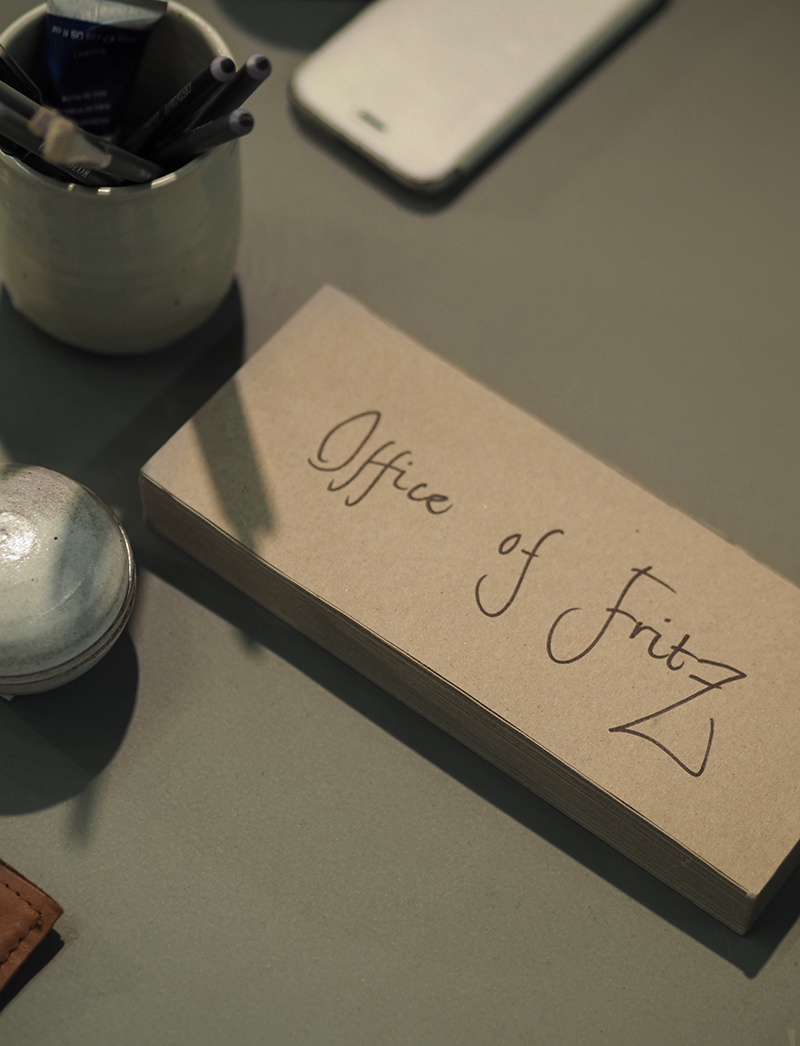 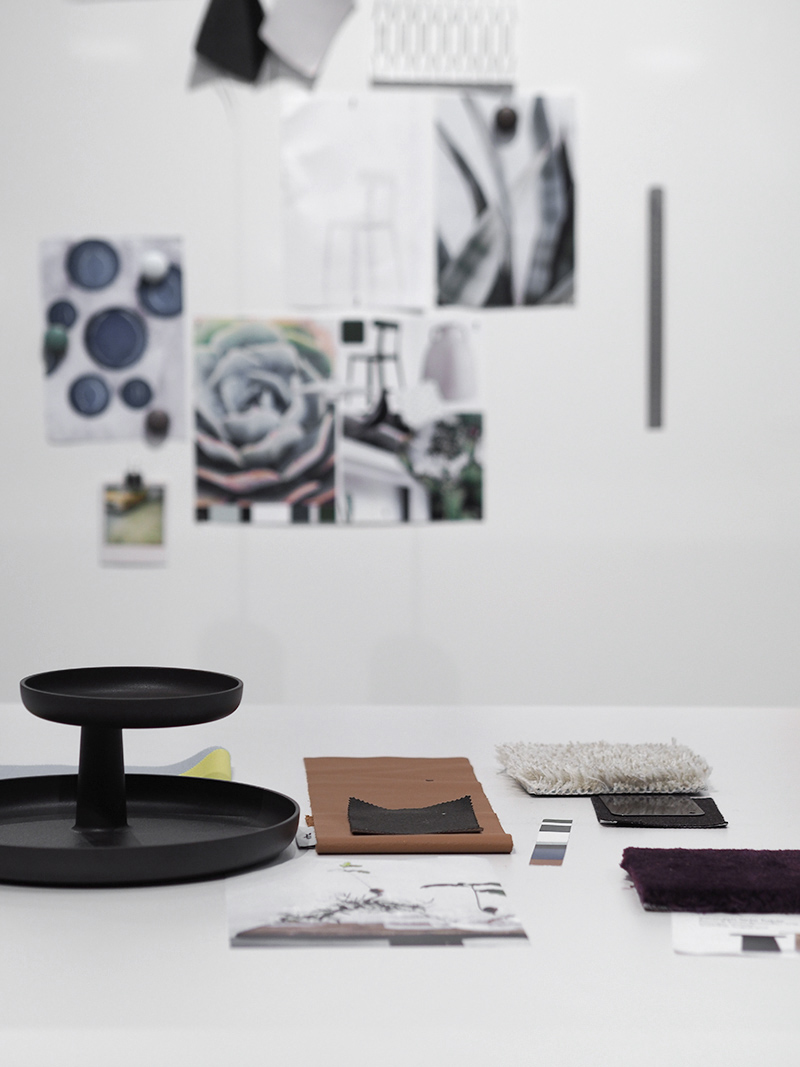 Last but not least for todays blogpost a detail at the Vitra stand that caught my eye. I love seeing moodboards and a behind the scenes look and this photo captured that feeling perfectly.

//All photos above :photography and editing by Katerina Dima.

Styling and photography by Katerina Dima unless otherwise stated.

Bedroom headboard and above the bed shelf ideas