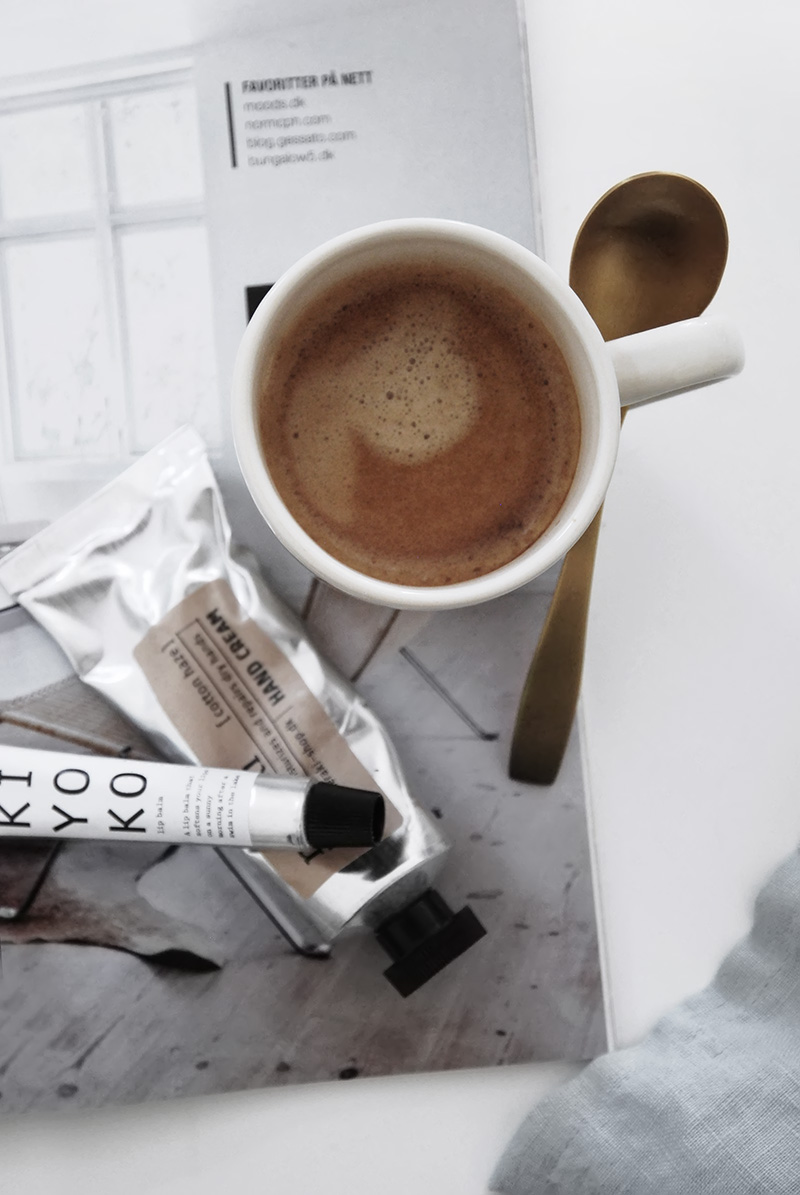 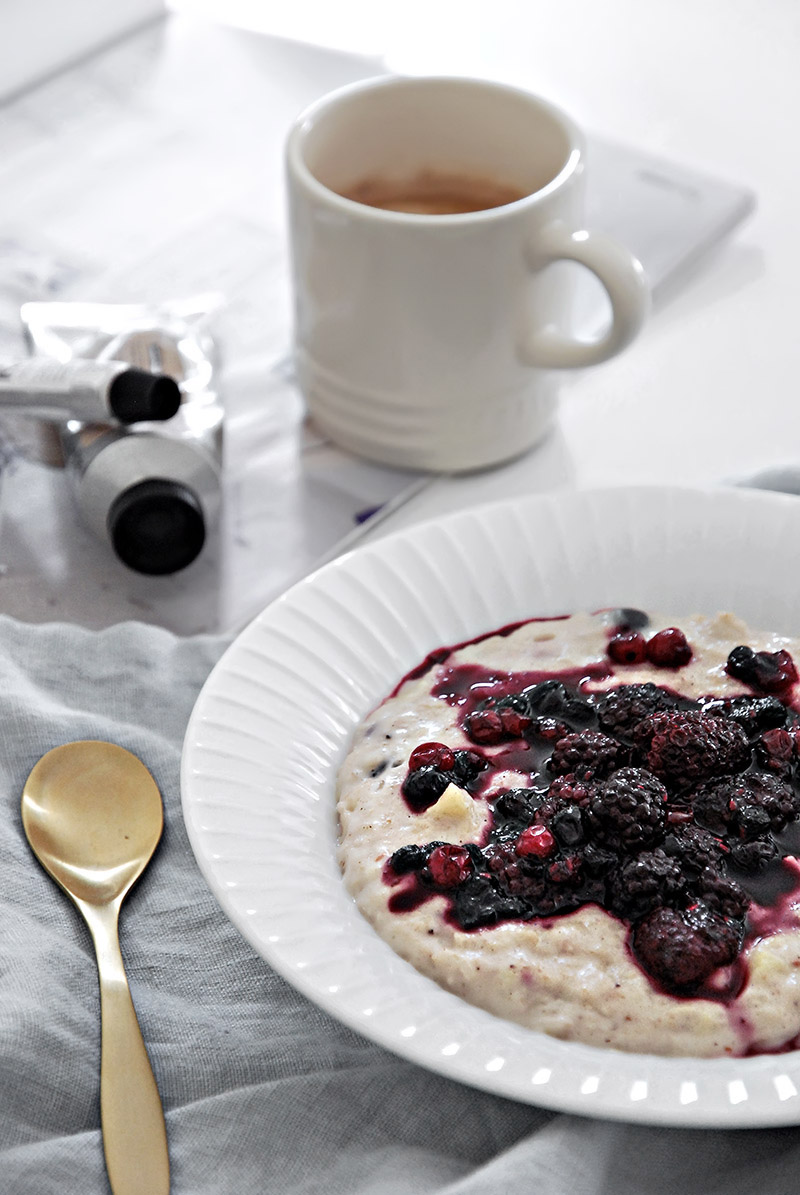 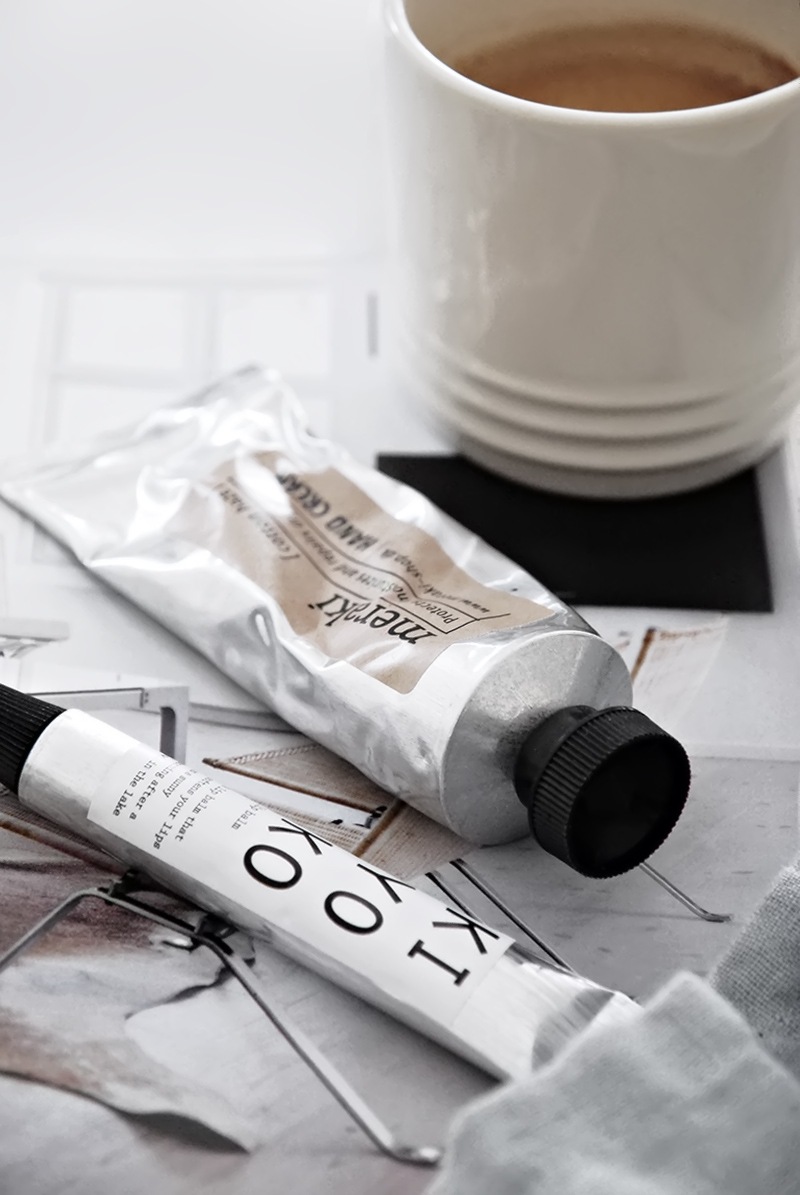 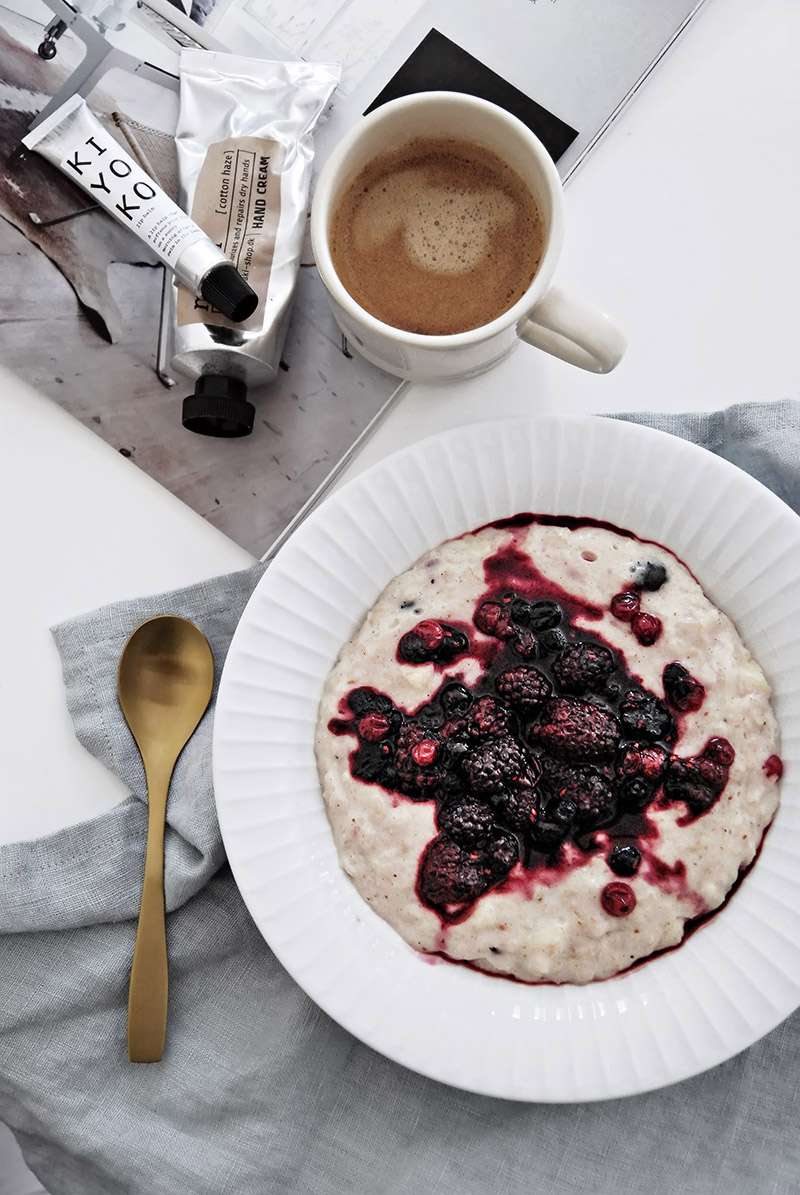 I have always said, if you don’t like porridge, it is probably because you are doing it wrong.I woke up really early today so I had time to cook it, it is easily one of my favorite breakfasts, especially if it is a little bit cold out. Nutritious and extremely filling,it can give you energy for a long time, it is definitely worth the bit of extra effort involved into preparing it. Here is how I make it :

Ingredients: Half a cup of rolled oats (not instant), a cup of almond milk, one apple,2 vanilla pods,a tablespoon of brown sugar.

Clean and chop the apple in small pieces, scrape the vanilla out of the pods and mix in with all the rest f the ingredients together in a pot.Still a few times and add the vanilla pods in as well.Cook in low heat for 15 to 20minutes (until the porridge has the consistency you prefer), remove the pods and serve in a plate or bowl of your liking.While not necessary I love sometime to add some compote on top! For the compote I use whatever frozen berry mix I have in the fridge. In a separate pan I add a tablespoon of sugar and in medium heat I wait until it caramelizes well. Add the frozen fruits and stir a couple of times, add a few tablespoons of water and let it shimmer for a few minutes. Pour the contents of the pan on top of your porridge and you’re done!

Porridge generally has a very bland taste, which is why most people don’t like it. Don’t be afraid to add fruits and extras in it to make it flavorful, I change my recipe up all the time depending on what ingredients I have at home. I prefer almond milk for cooking it but you can add normal milk if you wish. For an even more potent and sweet taste chop a banana instead of an apple. I don’t put any extra sugar when I use fruits that are already sweet though,but that is up to your taste.

Other recipes for porridge include variations of just about anything you might imagine. Add mascarpone, coconut water and cacao nibs for an amazing cheesecake tasting porridge.Prepare some vanilla cream (an egg,cream,vanilla pod,sugar) and add that in your porridge while cooking, then add a tablespoon of sugar on top and blowtorch it until it caramelizes for a creme brulee flavor! The possibilities are endless,just try some out yourself, you will be surprised  🙂

Styling and photography by Katerina Dima unless otherwise stated.